Following Sri Lanka’s decision to default on its external debt in April this year, several developments were announced by the Government, including an interim budget, sweeping tax reforms, and discussions on reverse graduating Sri Lanka’s classification in the World Bank status. These developments are closely related to the banking sector, positively or negatively impacting the sector’s survival amidst an economic crisis.

The prevailing economic crisis has taken a toll on all industries, including the banking industry. However, amidst all the economic turbulence, the sector managed to be resilient while not letting down customers during these challenging times. DFCC Bank has been one such Bank striding through the economic crisis, managing its external commitments while ensuring assistance to its customers in all possible ways.

This week, we sat down for an interview with DFCC Bank’s Senior Vice President of Treasury and Investment Banking – Prins Perera, to determine how these developments will affect the banking sector while also touching upon the Treasury operations in Sri Lanka.

Following are the excerpts from the interview we had with Prins.

01. What is the impact of the interim Budget, Budget 2023, and the recent tax reforms on the banking sector?

We have recently seen a further tightening of the fiscal and monetary policies; however, this is not something that usually coincides. Previously, we have witnessed the tightening of one policy while the other is more accommodative, and this is to support economic growth and recovery. However, in the current context, with the International Monetary Fund (IMF) funding programme, both policies have been significantly constricted, resulting in reduced economic activity. In the first quarter, the Sri Lankan economy recorded a contraction of 1.6% Y-o-Y and a further contraction of 8.4% in the second quarter Y-o-Y. The third quarter’s economic growth might witness an improvement.

The tightening of both fiscal and monetary policies would directly impact the disposable income of the consumer; hence the customers’ ability to service existing loans might be compromised. Banks are expected to go through tight financial conditions as Government, and private sector spending will reduce drastically, and this development might impact the performance of banks eventually.

02. What is the liquidity position of the banking system particularly amidst the economic crisis and resultant developments?

As of now, the market liquidity shortage is approximately LKR 500 Bn. This has been growing since the beginning of the pandemic. Currently, some market participants borrow approximately LKR 850 Bn through CBSL’s standing lending facility, while some invest their excess funds of approximately LKR 350 Bn with CBSL through the standing deposit facility. We also observed some high net-worth credit risk sensitive clients moving their deposits from local banks to foreign banks, which may have partly contributed to this imbalance.

03. How is the liquidity shortfall of Rs. 500 billion affecting the banking sector’s day-to-day activities?

The policy rates were revised in April from 6.5% – 7.5% and currently stand at 14.50% – 15.50%. During this period, the market witnessed a spike in the yields of government securities. As a result of the high-interest rates, the mark-to-market values of the Treasury Bills and Treasury Bonds portfolios held by banks reduced sharply, adversely affecting the borrowing capacity from the CBSL. This created an increased competition to canvass deposits to meet liquidity needs.

The liquidity shortfall affects the Bank’s ability to lend to its customers, particularly to the Micro, Small, and Medium Enterprises (MSMEs), witnessed through the reduction of the overall credit to the private sector in the banking industry. At the same time, increased impairments were observed as customers could not service their loans on time due to the low economic activities, high-interest costs and increased working capital requirements. This situation was further aggravated partly due to the currency’s sharp depreciation and extended working capital cycles.

The USD funding costs of banks, too, have sharply increased due to the FED interest rate hikes from 0.25% – 0.50% to the current 3.75% – 4.00% levels. This increased cost of foreign currency funds has affected the cost of LKR generation by banks through USD/LKR SWAPS arrangements.

04. What is the impact the present crisis is having on Treasury operations in Sri Lankan banks?

The dollar inflows to Sri Lanka have taken a massive hit. Looking at the statistics, it is apparent that Sri Lanka used to receive $ 6 – 7 billion in earnings per annum in the form of worker remittances, $ 3 – 4 billion in tourism exchange earnings, and $ 10 – 12 billion in export inflows. With all these earnings combined, Sri Lanka managed the import expenditure bill, which was approximately $ 20 – 22 billion per annum.

Treasuries of Licensed Commercial Banks (LCBs) also relied on these foreign exchange earning sources. Initially, the banks faced tight USD liquidity positions to meet their import obligation previously committed. This was due to a reduction in overall inflows to the country and the allocation of 25% of all conversions to the Central Bank. Further, the entire medium to short-term credit and trade finance lines were frozen by the foreign counterparts amplifying the impact of foreign currency liquidity in the banking sector.

05. The Government is discussing going for reverse graduation with the World Bank. It will enable Sri Lanka to access more concessional loans but what would be the impact on the banking sector?

We are yet to evaluate the impact. We have had discussions with a UK-based financial institution to determine the impact of such a downgrade on the banking sector. However, they, too, are yet to assess the impact this move will have on the banks as these external lenders perceive Sri Lanka’s current situation as a temporary problem.

If we proceed with the reverse graduation, the rest of the world should accept this decision as the country can then negotiate the loans it desires to receive through this downgrade. Negotiations on loans will take time, and such negotiations would only directly impact the banks after some period.

06. Moving onto DFCC Bank, what are the facilities the banks have, particularly DFCC Bank, to facilitate import transactions?

This year, Sri Lanka’s overall import volume has witnessed a drop. The country imports about $ 2 billion per month, primarily oil, gas, and coal products, in any given year. However, lately, we have noticed that the monthly import expenditure has reduced below $ 1.5 billion due to import controls.

We are currently seeing some progress in inflows which helped us accommodate import transactions and the opening of LCs. We have also recommenced accommodating FX forward contracts for import and export clients, which allows them to manage the exchange rate volatility. 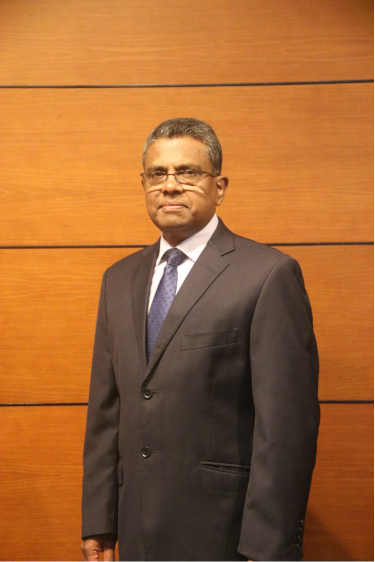 DFCC Bank is a full-service Commercial Bank with a legacy of 66 years that offers a range of commercial and development banking services. The Bank’s Sustainability Strategy 2020–2030 envisions it becoming one of the leading banks that will contribute toward greater resilience, including the creation of Resilient Businesses that contribute to sustainable economic growth by extending support to Green Financing and, Sustainable and Social Entrepreneurs. The Bank has won awards for being the ‘Most Trusted Retail Banking Brand’ and the ‘Best Customer Service Banking Brand’ in Sri Lanka, 2021 from the prestigious Global Brands Magazine, UK, and was awarded ‘Market leader in Cash Management 2021’ by Euromoney. DFCC Bank was ranked amongst Business Today’s Top 40 Corporates in Sri Lanka. DFCC Bank is rated [SL] A+ by ICRA Lanka Limited and A+ (lka) by Fitch Ratings Lanka Limited as a licensed specialized bank supervised by the Central Bank of Sri Lanka.