Operating Expenses
DFCC Bank sustained its branch expansion while driving many digitalinitiatives during the period.Operating expenses increased to LKR 5,531 millionfrom LKR 4,862 million in the comparative period. This increase was mainly due to aggressive network expansion, as well as rolling out “My Space” self banking locations that include ATMs and Cash Recyclers etc; in order to deliver a convenient customer experience. “DFCC MySpace” self-banking platforms have attracted a significant number of new customers due to the facilities being available 24×7/365 days of the year.
Impairment
Challenging business environment faced by most industries resulted in delay or non-payment of dues on time by clients. As a result, the impairment provision during the period ending 30 September 2019 increased to LKR 795 million which is an increase of 26% compared to LKR 633 million recorded in the comparable period. The Bank’s NPL ratio as at 30 September 2019 was 4.84% compared to 3.28% recorded as at 31 December 2018.

Other Comprehensive Income
Investments in equity securities and treasury bills and bonds (fixed income securities) are classified as financial assets and the change in fair value is recorded through Other Comprehensive Income. Accordingly, fair value losses of LKR 1,400 million and a net fair value gain of LKR 1,675 million were recorded on account of equity and fixed income securities, respectively. The drop in the share price of Commercial Bank of Ceylon PLC during the period mainly contributed to the reported fair value loss in equity securities, whilst the movement of interest rates of treasury bills and bonds favourably resulted in the fair value gain that was recorded during the period.

Statement of Financial Position
Assets
DFCC Bank’s Total Assets showed a growth of 7% since December 2018 by LKR 27,547 million to LKR 402,455 million as of 30 September 2019. Within this, the Bank’s loan portfolio grewby LKR 20,273 million to LKR 270,007 million compared to LKR 249,734 million as at 31 December 2018 recording an increase of 8%. The Bank did not pursue aggressive growth particularly to sectors that exhibited stress, as a result of its stance on prudent lending.

Liabilities
The Bank’s deposit base as at 30 September 2019 amounted to LKR 232,834million, which is a 4% decline from LKR 242,238 million as at 31 December 2018. This is largely due to the Bank’s strategy to reduce the concentration risk on a few institutional deposits &the increase in retail deposit base to reach the long term objective of achieving onemillion customers by 2020.

As a result of the declining trend in overall deposit base, the Bank recorded a loan-to-deposit ratio of 116% in September2019 from 103% in December 2018.The Bank’s CASA ratio, which represents the proportion of low-cost deposits from total deposits, stood at 24.5%on 30September2019. The Bank has access to medium- to long-term concessionary credit lines. When these concessionary term borrowings are added to deposits, the ratio improved to 31.2% as at 30September 2019.
Capital Management
DFCC Bank has always been a prudent lender. Therefore, in order to support future growth as a full service retail bank with a development banking focus,the Bank has consistently maintained a capital ratio above the Basel III minimum capital requirements. As at 30September2019, the Bank recorded Tier 1 and total capital adequacy ratios of 11.03% and 16.06%, respectively, which is well over the minimum regulatory requirements of 8.5% and 12.5%, respectively.

CEO Statement
“As we embark on a long term strategy to become the best customer centric and digitally enabled retail bank in 2025, it is important to keep focussing on evolving customer’s needs in the financial space. To give a head start to this strategic journey, we have already established our digital footprint in order to create an utmost experience to our customers while adding value to our shareholders.” 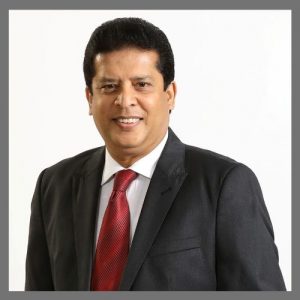 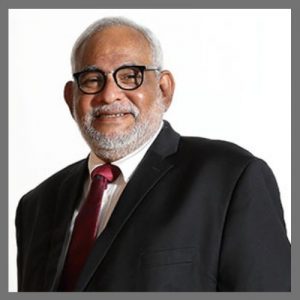