The History of DFCC Bank

A rich heritage spanning over 60 years. The pioneer development Bank in Sri Lanka.

The History of DFCC Bank;

A Pioneer, Pathﬁnder and Trailblazer 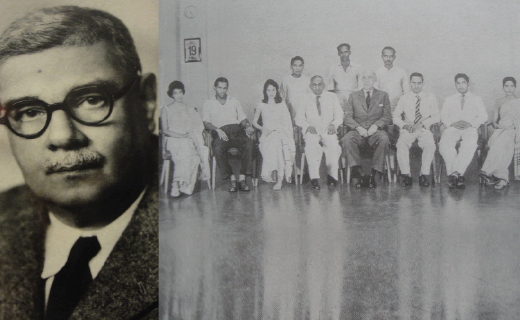 Although we are now a fully fledged commercial bank, DFCC Bank was Sri Lanka’s pioneer development bank incorporated in 1955 under an Act of Parliament. The proposal to set up DFCC was first presented by the first World Bank mission, which visited the country in 1952. The unique structure that was created at the incorporation of DFCC was designed through a collaborative effort between the Government of Sri Lanka and the World Bank. DFCC became one of the first Development Banks to be instituted in Asia.

While the Government had no direct shareholding in the institution, it provided two non-interest bearing long-term loans, to the institution which was equivalent to twice the initial paid-up capital.

The Act provided for private sector shareholders with a Board of Directors elected by such shareholders. Although the Government did not hold any share capital, it reserved for itself the right to nominate a Director.

The next year, in 1956, DFCC Bank became the first Bank to be listed on the Colombo Brokers’ Association; the precursor to the Colombo Stock Exchange. (The next Bank was listed only in 1970, 14 years later) Since then, DFCC Bank has been a listed company and its shares have always been held by individual and institutional investors.

With the enactment of the DFCC Bank (Repeal and Consequential Provisions) Act No 39 of 2014 DFCC Bank was incorporated under the Companies Act No 7 of 2007 with the name DFCC Bank PLC with effect from 6 January 2015.Thereafter on 1 October 2015, DFCC Bank PLC and its fully owned subsidiary, DFCC Vardhana Bank PLC were amalgamated in terms of the provisions of the Companies Act with DFCC Bank PLC remaining as the amalgamated entity. The Bank obtained a Commercial Banking license from the Monetary Board of the Central Bank on the same day, and is now a Licensed Commercial Bank.

During its time as the first Development Bank, DFCC has been the financier of trail blazing Sri Lankan entrepreneurs and an adder of value to the enterprises they built – particularly during their risky early stages. Many successful corporates in the business world today obtained their initial funding from DFCC.

At present, approximately 45% of our portfolio consists of development loans, and such lending contributes significantly to the growth of the economy, whilst we continue to expand our commercial banking business.

DFCC Bank is still the preferred lender for ‘Green’ development projects such as Waste to Energy, Hydro, Wind and Solar Energy projects in addition to other large start-up projects. The expertise of the Bank’s project lending teams, honed by over six decades of experience in this field, is unmatched in the industry. DFCC Bank is still the reference Bank and the first port of call for anyone with a great idea needing finances to bring it to fruition.

At DFCC , we believe in continuous evolution and innovation to cater to the changing needs of the market. Over the past 60 years, the Bank has been transformed from a narrowly focused specialized bank to a financial services group, by expanding through a series of timely and prudent strategic acquisitions, alliances and partnerships. In fact, we have been recognized by the World Bank as “One of a small number of development finance institutions that was not only viable, but also successful in transforming itself into a multi-product and robust financial institution in a changing international and local environment.”

These include the DFCC Virtual Wallet; the most innovative digital product in the banking industry which has paved the way for individuals and businesses to revolutionize cashless transactions, Lanka Money Transfer; a cutting edge remittance system that enables instant remittances to accounts maintained at DFCC or any LMT Financial Partner organization and more recently, PayWave and EMV technology enabled Credit Cards where DFCC Bank is the first to offer this technology across its full range of cards. Also noteworthy in this instance, is that DFCC was the first to offer 1% CashBack on spend with every swipe.

The Bank has been rapidly growing its footprint across the country through branches and alternate channels and has a network of over 100 branches and service points. Furthermore, connected to the LankaPay Common ATM Switch, all account holders can access over 4,000 ATMs island-wide and perform zero cost cash withdrawals and balance inquiries via connected banks.

Building on its glorious history of over six decades, DFCC Bank continues to reinvent itself to cater to the ever changing needs of the people of this nation. With our ambitious vision for 2020 and the expertise we have honed over the years, we look forward to taking the Bank and the industry to a new level of convenience in this digital age.